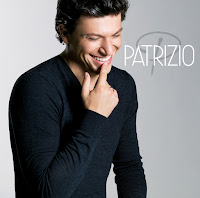 New Jersey and New York fans get ready for an amazing performance by international singer Patrizio Buanne on February 24, 2012 at the Count Basie Theatre in Red Bank, NJ. Buanne will be performing and debuting songs from his new album..'Patrizio.'
I saw Patrizio perform here at the Count Basie Theatre last year and spent some time with him backstage, let's just say one of the best concerts I've been to and such a nice person. His energy on stage is so contagious and you can't help but stand in your seats to dance and sing along, (no matter where you're seated in the theater.)
I'm excited to see him perform again this year with the release of his new album there are some really beautiful songs, which I know his fans will love.
To purchase tickets to this performance, click here:
http://www.countbasietheatre.org/calendar/show/show.asp?id=43247217
Tweet
Posted by Italian American Girl at 9:01 AM