Italian Superstar JOVANOTTI Announces First Round of 2012 US Concert Dates 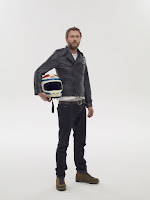 Italy's best-selling singer, songwriter and rapper Jovanotti ( http://soleluna.com/ ) announces his first round of 2012 US concert dates and new North American label association with ATO Records. As Italy's ambassador to the global music scene, in 2011 the superstar Tuscan made the first-ever appearance by a new generation Italian language artist at a major US rock festival, performing at Bonnaroo on a stage curated by Gogol Bordello's Eugene Hütz. Jovanotti's scorching set in the Tennessee heat was unanimously lauded by American music fans, industry and critics, marking the artist as one of the discoveries of the storied event's 10th anniversary edition.
Jovanotti spent the rest of 2011 reaffirming his position as Italy's number one artist where his 12th studio album Ora (Now) debuted atop the the charts, going on to sell over 500,000 copies, accompanied by over 50 sold-out arena and stadium dates.
Slated for Spring 2012, Jovanotti continues a string of firsts with his debut album for ATO Records, ( http://atorecords.com/ ) the noted artist-focused label home to a diverse roster of acts including Rodrigo Y Gabriela and Primus. The career retrospective will feature new material for the American market and is being produced by Ian Brennan (Tinariwen). In March Jovanotti sets the stage offering a preview of what's to come in 2012 with a coast to coast swing of club shows in select cities with his transatlantic band.
Kicking off on March 10, Jovanotti will make his long-awaited Miami debut at the city's newest hotspot Grand Central. Well-known as a pop-star throughout Latin America in the 1990's, an appearance at Colombian mega-star Juanes' 2009's Paz Sin Fronteras concert in Havana, Cuba sparked a re-discovery of the Jovanotti throughout the region. It also revealed a connection between the artist and the new generation of Latin-Alternative acts including Bomba Estereo, Los Amigos Invisibles and Ana Tijoux, who grew up on Jovanotti's music and now shared the stage with him on recent US shows. In the first half of 2012 recorded collaborations between Jovanotti and Paz Sin Fronteras founders Juanes and Spanish superstar Miguel Bosé will be released worldwide.
On March 12th and 13th, Jovanotti returns to his adopted home town of New York City offering a pair of intimate club shows at Brooklyn's Music Hall of Williamsburg and Manhattan's Bowery Ballroom. Before his own downtown headline show on March 13, Jovanotti will head uptown to make a 1 song guest appearance with TV On The Radio at Carnegie Hall, as part ofThe Music of The Rolling Stones' Hot Rocks 1964-1971 concert line-up. This will be Jovanotti's debut performance on the prestigious Carnegie stage.
From March 14 through 16th, Jovanotti heads to Austin, Texas and the SXSW Music Festival, where he is expected to be reunited with musical friends and collaborators such as Michael Franti, among others. Jovanotti closes his Stateside sweep on March 17 in Los Angeles at the historic El Rey Theatre. Summer festival dates to be announced.