Ciao Amici, as many of you know I heavily involved in the arts and especially media and film.   I've partnered with Seven13Films and Rider University to present a special screening of the documentary Generation Change.  Our event is coming up on April 19th at Rider University in Lawrenceville, N.J.  Learn more below: 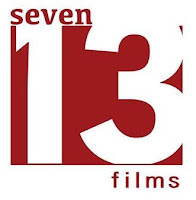 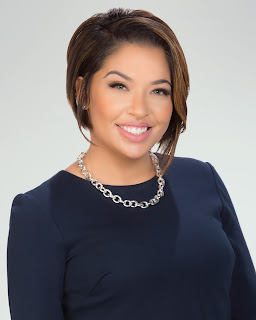 The symposium will feature today’s youth, who will ask the panel of mayoral candidate’s question on how they would improve the social challenges of Trenton. The youths selected to ask the questions will be from local schools and youth organizations. Each candidate will have limited time to answer each question.

“It is amazing to see the film we have created has brought together the world of politics and education all one in place. “says Lee Kolinsky, co-owner of seven13 Films. “With CBS-3 and Alicia Nieves participating in the event, it’s the right step for great things to come.”

Directed and produced by Joseph A. Halsey and written and produced by Kolinsky, the docuseries Generation Change was created with a mission to increase social awareness about issues affecting our local youth. The film features Good Morning America’s Adrienne Bankert and youths from the organization PEI Kids.

“We created this episode of Generation Change to find out what Trenton youths would do in their community if they were mayor,” says Joseph A. Halsey, co-owner of seven13 Films. “Now, these kids will get a chance to ask the mayoral candidates what they would change if they were elected.” Halsey adds, “Our film was designed to inspire a conversation and promote positive change in the community.”

The event is being planned and produced by Rider University students in “COM341 Publicity Methods,” a course currently being taught by Adjunct Professor Kathy Magrino. Since January, Magrino’s class has been working closely with seven13 Films and media consultant Margaret Fontana of Margaret Fontana Media.
“Producing and promoting this event has provided a great ‘real-world’ learning experience for everyone involved,” Magrino says. “My students and I are very excited to be working with Joe and Margaret and the entire seven13 Films crew. We are so grateful to them for this opportunity and for all of their time and guidance!”

For more information about the event or to register to attend, go to the Eventbrite registration page online: http://bit.ly/RiderScreeningEvent. Or contact Kathy Magrino at kmagrino@rider.edu.

About Generation Change
Generation Change is a docuseries that interviews adjudicated and at-risk Trenton city youth focusing on how they would solve current problems in their community such as building positive relationships with law enforcement and local government. The film features Good Morning America’s Adrienne Bankert and the Official Anthem of Generation Change features singer/actor Badia Farha with recording artist Dominic Jones.  Generation Change anthem produced by Joseph A. Halsey and John Swanhart.