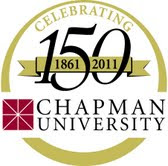 Chapman University’s 14th Annual John Fowles Literary Series, the university’s acclaimed yearly festival of visiting, internationally recognized novelists, poets and playwrights -- will focus on world-renowned Italian writers this year, and will also include a special appearance by an Israeli-born novelist who is the university’s 2011 writer-in-residence.

The series is sponsored by Istituto Italiano di Cultura of Los Angeles, Associated Students of Chapman University, Citrus City Grille, and Chapman’s Department of English and Wilkinson College of Humanities and Social Sciences. Chapman’s John Fowles Literary Series was named in honor of the late British author of such novels as “The French Lieutenant’s Woman” and “The Magus,” who was a friend of the series’ founder, Chapman English professor Mark Axelrod, and appeared in the series’ first year.

Dacia Maraini, daughter of a Sicilian princess and famed as the longtime companion of novelist Alberto Moravia, is a world-acclaimed author and playwright. She has won many awards for her work, including the Formentor Prize for “L'età del malessere” (“The Age of Discontent,” 1963); the Premio Fregene for “Isolina” (1985); the Premio Campiello and Book of the Year Award for “La lunga vita di Marianna Ucrìa” (“The Silent Duchess,” 1990); and the Premio Strega for “Buio” (1999). She co-founded the Teatro del Porcospino, devoted to producing new Italian works, and established Rome’s feminist experimental theatre La Maddalena. Her play “Mary Stuart” has been performed in New York and on stages around the world, and her other plays continue to be translated and widely performed.

The son of English immigrants to Israel, Assaf Gavron was born in a small village near Jerusalem in 1968, and currently lives in Berlin. He is this year’s Shusterman Foundation Writer-in-Residence at Chapman University. Gavron has published four novels (“Ice,” “Moving,” “Almost Dead” and “Hydromania”), a collection of short stories (“Sex in the Cemetery”), and a non-fiction collection of Jerusalem falafel-joint reviews (“Eating Standing Up”). His English translation of “Almost Dead” was published in 2010. Among the prizes he has won are the Israeli Geffen award for the novel “Hydromania,” and the prestigious DAAD Artists-in-Berlin Fellowship in Germany.

Erri De Luca, recently named "writer of the decade" by the influential newspaper Corriere della Sera, was born in Naples, Italy in 1950. His first book, published in 1989, was “Non Ora, Non Qui” (“Not Now, Not Here”). Many more books have followed and have become best sellers throughout Europe and in the U.S. Self-taught in several languages, including ancient Hebrew and Yiddish, De Luca has translated several books of the Bible into Italian and explored various aspects of Judaism as a non-believer. He writes regularly for various Italian newspapers and magazines, lives in a remote cottage in the countryside outside Rome, and regularly pursues his passion for mountain climbing.

Paolo Giordano, born in Turin in 1982, is a professional physicist. His first novel, “La Solitudine dei Numeri Primi” (“The Solitude of Prime Numbers”), took Italy by storm, sold more than a million copies, and won the nation’s most illustrious book award, the Premio Strega, in 2008. The book, which has been translated into English and more than 30 other languages, tells the tale of a man and woman, Mattia and Alice, both traumatized in their youth in ways which leave them unable to relate normally to the world around them. Though they are drawn to each other, timing and awkwardness keep their relationship on tenuous ground. Giordano’s spare yet beautiful prose asks whether there are those among us who, like prime numbers, are destined always to be alone and apart.

Italian poet, novelist and translator Giuseppe Conte published his debut book of poetry, “La Parola Innamorata” in 1978. His follow-up, 1988’s “La Stagione,” was awarded the Montale Prize. His other poetry books include “L’Ultimo Aprile Bianco” (“The Last White April”), “Dialogo del Poeta e del Messaggero” (“Dialogue Between the Poet and the Messenger”) and “Canti d’Oriente e d’Occidente (“Songs of the East and the West”). His novels include “Il Terzo Ufficiale” (“The Third Officer”) and “La Casa della Onde” (“The House of the Waves”). Conte has translated many English works into Italian, including those of Shelley, D.H. Lawrence, Walt Whitman and William Blake.

Born in Budapest in 1937, Giorgio Pressburger does not write in his native Hungarian but in his adoptive Italian, and has often reflected in his talks and writings upon this choice of language. He left Hungary after the Russian invasion in 1956, and settled in Italy, where he studied biology in Rome and worked in theater and film. His novel “The Law of White Spaces” won the Independent Foreign Fiction Award in 1992. His other works include the novel “Teeth and Spies” and the short story collection “Snow and Guilt.” His most recent novel, “Nel Regno Oscuro” (2008), inspired by Dante’s Inferno, describes a journey to hell which is also a meditation on the 20th century and Pressburger’s personal losses.
The author talks – all free and open to the public – will be held in the Henley Reading Room on the second floor of Chapman’s Leatherby Libraries. Book signings will follow all readings, and each author’s books will be available for sale.
For more information, the public can call 714-532-6026.
Tweet
Posted by Italian American Girl at 8:51 AM