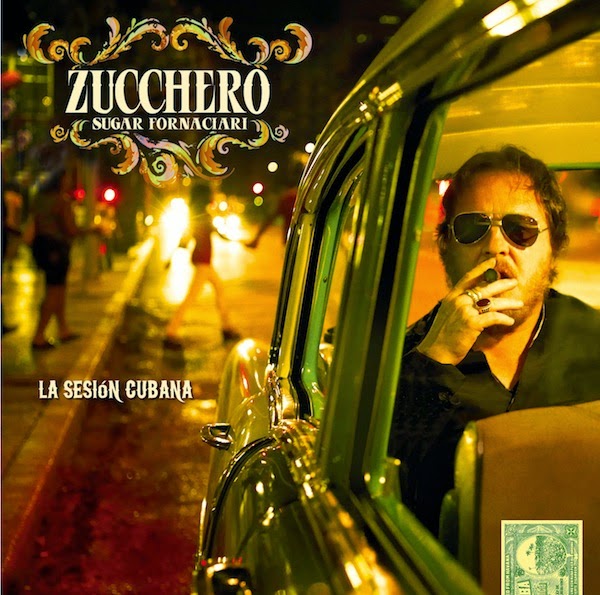 Hollywood, CA — Zucchero "Sugar" Fornaciari http://www.zucchero.it/eng/  the Grammy-nominated Italian blues-rock singer, and one of Europe's best-selling artists, will release his latest album, La Sesión Cubana,  via Manhattan Records. Known as a musical wanderer, Zucchero achieves a long-held dream of recording in Cuba with the best native musicians in Havana, and exploring the roots of American music along the way.

"My music comes from blues, from soul, and from gospel," Zucchero says. "This project is a trip from New Orleans to Cuba via Mexicali. Latin, Cuban, and Tex-Mex sounds and rhythms melt together dancing. Hasta l'asta siempre."

Produced by Zucchero and Don Was, and mixed by Michael Brauer, La Sesión Cubana features seven brand-new songs, as well as six newly arranged versions of Zucchero's European hits: "Baila," "Un Kilo," "Così Celeste," "Cuba Libre," "Everybody's Got To Learn Sometime," and "L'Urlo." The new recordings consist "Guantanamera (Guajira), original compositions "Love Is All Around" and "Sabor a ti," and the covers "Never Is a Moment," "Nena," "Pana"(a duet with Spanish singer Bebe), and "Ave Maria No Morro" — a duet with Brazilian star Djavan. Each song was recorded virtually live in the studio to ensure the thrill of improvisation.

In addition to the studio album, Manhattan is releasing a deluxe CD/DVD version with the La Sesión Cubana studio CD with a two hour "Live in Havana DVD. A one hour version of The Live in Havana concert program will be featured in March, 2014 by Public Television stations as part of their pledge programs. The program is being presented by WLIW.

For more about Zucchero:
http://www.zucchero.it/eng/