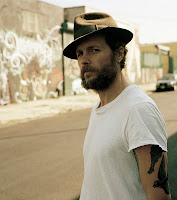 Culminating a lifelong love affair with America, Jovanotti (Lorenzo Cherubini) is now engaging professionally with the U.S. as never before. ATO Records is determined to introduce American audiences to him with today's release of Italia 1988-2012, a career retrospective including four new tracks.
In October, the Tuscan artist, who has sold over five million albums in his native Italy, will tour this country, performing in sizable venues nationwide. Please see below for an itinerary including the fall tour and shows this month in San Francisco (at the Outside Lands Music Festival), Los Angeles (an in-store performance and CD signing at the legendary Amoeba Music in Hollywood), Vancouver, Seattle and Portland, OR.

Italia 1988-2012 is the artist's first physical album of studio recordings to be released in the U.S. In fact, very little of the material has been released here in any format. The album has garnered pre-release acclaim from The New York Times http://nyti.ms/N60i3e , NPR, The New York Daily News and others.
Jovanotti Summer U.S. Dates

Oh, Philadelphia!? That's my city! And I love his voice. Ahhh I might just have to go!

Definitely GO! I'm excited for this round of concerts! Maybe I'll see you there!