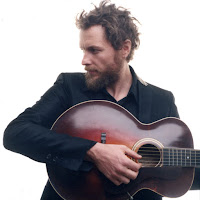 If you love Jovanotti then you won't have to wait to be in Italy to see him live in concert. This February 19th, Jovanotti will be performing in New York City at the trendy Le Poisson Rouge.
Jovanotti is a singer/ songwriter known for his catchy songs that show off his singing and poetic like lyrics. He's definitely an interesting performer who doesn't stick to the norm of "pop" artist. He's one of the most famous singers out of Italy and now you too can have a chance to see him! For more on Jovanotti and ticket/location information visit:
http://lepoissonrouge.inticketing.com/evinfo.php?eventid=31840&sid=
**Thanks Tony Mangia for the heads up on this performance!
Tweet
Posted by Italian American Girl at 4:54 PM